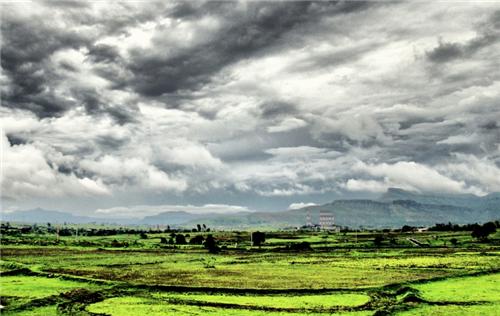 Nashik, one of the most preferred tourist destinations in the state of Maharashtra, has a great religious significance for Hindus. This city has got a complete makeover in the past few years and has come out to be a very big industrial hub in the state. It is considered to be the third biggest city of North Maharashtra followed by Ahmednagar and Pune. Nashik is located in north-west of this state and is around 170km from Mumbai and around 210 km from the Pune city.

The banks of Godavari River which is the holy river are the particular location of Nashik. Old Nashik comes in between the flow of this river. There are many big industries which are set up in the city and many more are still on the cards. This has led to a drastic change in the lifestyle, infrastructure and other facilities available in the city and has given Nashik a new cosmopolitan look. It has been declared as fourth fastest developing city of India and sixteenth fastest growing of the world. As a result of this, it attracts globetrotters from all around the world to visit this place at least once in their lifetime.

The name of the city “Nashik” says it all about its meaning. According to the mythological relevance in Ramanaya, Laxamana cut Saroopnakha’s nose in this place and thus it got its name from here as ‘Nashik in Sanskrit means ‘nose’. But according to some people,the name is derived from the Nassak Diamond which remained in Trimbakeshwar Shiva temple for a long period of time and is situated near Nashik.

What a colourful city Nashik is...You have to visit this place to feel the mesmerizing affect it has on you. It undoubtedly attracts a large number of tourists due to its cultural beauty and modern infrastructure.  It is an amazing blend of both early civilization with the topping of contemporary outlook. It is known as a very rich historical town of glorious Lord Rama as he spent little time of his deport over here. It has got so many attractive temples that it is named as “City of temples”. Hindus take it as a pilgrimage and thus is a tourist place for a large number of national and international tourists.

Sahyadri range of mountains is an amazing scenic beauty for all the tourists. These mountains are affiliated with vineyards and agricultural yield which is highest in India. People also get attracted towards the city because it is a hub of various industrial activities. When the monsoon season arises, Kumbhmela is initiated which makes it a paradise for all people visiting India. The famous temple of Shirdi dedicated to the most appreciated saint, Sai Baba is around 122kms from Nashik. Special prayers and darshan are organised here every Thursday. You can easily reach the temple via road from the city.

Apart from temples, nature lovers also have options for them. Dudhasagar waterfalls are the most beautiful tourist spot around the city. They are surged 10 km into the valley at Someshwar. It is named as Dudha because the spumes from water appear as milky coloured. Its beauty is at peak during the monsoon season. Jawhar is another place which is one among the tribal kingdoms of Maharashtra. It is surrounded by vast forests, awesome weather and exotic dales. It is just 80 km from Nashik. Other well known places are Dadasaheb Phalke Memorial, Ramkund, Pandav caves, Artillery centre etc.

Nashik's has typical Indian climatic conditions, with humid summers and cold waves flowing in winters. The best time to visit the city would be from September to March.

Being a cty of Hindu pilgrim, Nashik's culture is molded by the religious beliefs and local traditional customs of the people. At present, visitors would find a mix of modernity with ancient believes. With time, Nashik has adapted itself to the changes of the modern society, with new business ventures, modes of entertainment and changing fashion sense happening in the city.

Eating Out in Nashik

Nashik is a sure shot place to have great experience in its restaurants. You certainly will be delighted to visit this place and find number of hotels and restaurants here. One of the famous restaurants is Cafe Bliss. It is known for having Great coffee and gourmet food. It is an amazing place for western food such as pizza, hot dogs etc. You can also get continental food over there. If you are an Indian food lover then Purohit Thali restaurant is the best option for you. Short time delivery makes it good and Thali and buffet are offered here. Sea food lovers can go for Hotel Yahoo. It is ranked as third best restaurant of Nashik. Various cuisines offered here are Barbeque, Grill, Fish & Chips, chicken wings and many more. For drinks such as wine, Little Italy is a good one to be visited. No matter if you are a Chinese food lover because Mainland China has got it all. 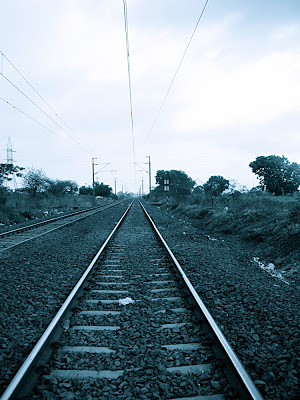 Nashik has a central location in the state and thus gets a very good connectivity from places nearby it. All kind of transport facility is available for travelling around the city. The city lies on the interaction of Mumbai-Agra Highway NH-3 and Nashik -Pune Highway NH-50. Road connectivity is quite good in Nashik. They easily connect it with Gujarat and also Aurangabad by a state highway which is a four lane highway.  Mumbai - Nashik express way connects Mumbai to it. Bus facility is available around Nashik to travel to big cities around it. The city bus service has got its one depot in Panchvati.

The major railway station of the city is Nashik Road Railway station which is 10 km far from central city. Various trains that connect northern and southern parts of India travel through the central part of city. Rail connectivity is there for Pune as well as Indore. It would not be an issue if you wish to travel by air. It has got an airport named as Ozar airport and is located at a distance of 24 km from centre of the city. Few new passenger terminals are also under construction as the tourists are increasing every year. It has also got a cargo airport. An airport with shorter runway is present named as Gandhinagar Airport. Metro train project has reached here which will be a great achievement and a matter of convenience. Private transport services are also available such as Balaji transport, Dwarka transport, Shree Nashik goods transport etc.

Travellers can enjoy their trip in Nashik the most from October to March as this time offers favourable weather conditions for sight-seeing and outings. People who like raing weather can come here during monsoons. Summers are quite hot during which temperature rises up to 42 degree C. Weather remains warm during the month of April. It does not get too hot as you can feel the presence of pleasant air during summers.

In all, Nashik is considered to be a good place to visit and is termed to be as a cosmopolitan city. It has Marathi as an official language. Attitude of people is liberal which generates affection towards them. The city is very traditional and thus attractive too.