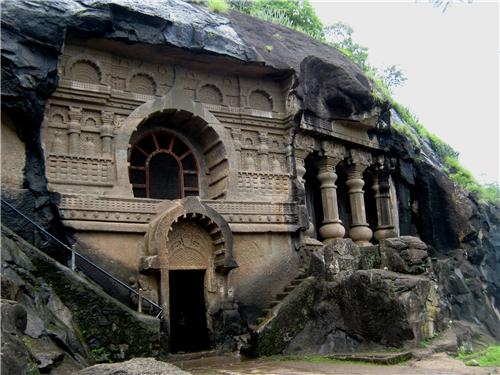 Nashik's proximity to several religious places and temples, makes it of the holiest spots in India. Trimbak is just 36 kms away from the city, which is popular for the Trimbakeshwar temple. Brahmagiri hill is adjacent to Trimbakeshwar and is the source of one of the sacred and longest rivers of India, Godavari originates. The Trimbakeshwar temple is situated on the edge of the beautiful Brahmagiri hills. Brahmagiri means the hill or Giri of Lord Brahma and it is considered to be the mythological throne of Lord Brahma, so the name comes. This hillock is 550m high and is situated at 1,295m above the sea level.

You can find many notes from the mythological and legendary documents about the Brahmagiri hills. The special story says that sage Gautam used to cultivate in his paddy field for the purpose of feeding some Rishis in his Ashram. One day, he saw a cow grazing his paddy field and the cow was killed with a dharbha by Saint Gautam while trying to ward it off.

He felt very bad after this incident and sought the guidance from the Rishis to wash out this sin. The rishis advised him to approach Lord Shiva to release Ganges to wash out all the sins. To wash the sins, he has practiced penance by going to the peak of Brahmagiri to worship Lord Shiva to bring river Ganga from heaven. Pleased with Sage Gautam’s worships, Lord Shiva requested Ganga to flow down in the form of Godavari River to wash out the sins of Sage Gautam. Initially, Ganga was not ready to pour off to earth after Lord Shiva’s request. Ganga was convinced only after Lord Shiva has made a Tandav dance on the peak of Brahmagiri hills. Finally the sin of killing a cow by Sage Gautam was wiped off in Godavari River. Hence, the Godavari River is also known as River Gautami.

How to Reach Brahmagiri Hills

By air you can reach the Brahmagiri hills by drop down at Mumbai airport, which is the nearest one (just 200 kms away). Get down at the Nashik railway station, if you are interested to travel through rail. Thus the Nashik railway station is well connected with other regions of the country, it is easy to reach Brahmagiri very soon through railways.

The easiest transportation to Brahmagiri is road transport, since this place is linked with many important bus services under the supervision of MSRTC (Maharashtra Road Transport Corporation).  The city is connected with many private owned deluxe buses from Mumbai to Nashik.

Brahmagiri hill attracts nature lovers who like trekking, as the breathtaking view in monsoon season is an amazing experience. You can find waterfalls & lush greenery on the Brahmagiri hills. Getting there is slightly difficult, so be ready with your adventure back packs and boots.

The walk from Trimbakshwar to Brahmagiri is about 10 mins. During this walk you can see the entire Anjaneri expanse at the right side and the route finishes up with the rock steps following through the gully in the belly of Brahmagiri massif. Going through this route might bring you to the amazing stone carved door of Brahmagiri. Climbing through these stones will lead you to the peak of the Brahmagiri hills.

You can enjoy some adventurous sports like nature walk and trek at the high terrains of Brahmagiri. There are many arrangements done for the trekking trails among the woods. Since it has replete with natural beauty, the panorama of Brahmagiri hill is a visual treat for all.

Some Tips for Brahmagiri Hills Visitors

Other Attractions in Brahmagiri Hills

Kolambika Devi temple is a cave temple which hosts about 108 shivlingas, is one of the nearby attractions of Brahmagiri hills. This cave temple is believed to be where the sage Gautam has practiced penance to worship Lord Shiva. Gorakh Gumpha is another nearest attraction – a huge tank built by Shrimant Rajebahadar in the year 1678.

Best Season to Visit Brahmagiri Hills - When coming to weather status, Brahmagiri is always at the top of extremity. Most of the tourists prefer to visit the Brahmagiri hills during the October to March because of the moderately cold climate. Monsoon season ushers relief from the heat of the summers in Brahmagiri and comes with a medium rainfall. 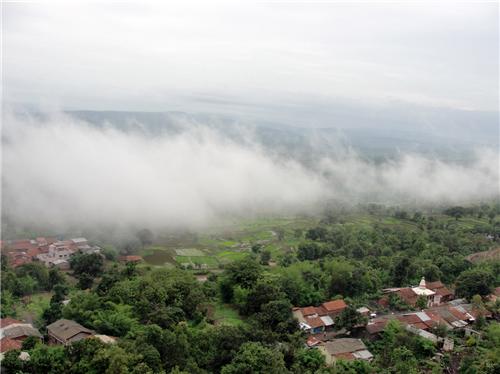 Though very challenging this place, it is worth spending some hours of trekking. The top of the Brahmagiri hill is so divine, that you will enjoy every single moment. You can see the total Triambak city from the top of the hill. Also the starting points of the Godavari River with the surrounding temples can be observed from this spot. It is a mind blowing place, especially for the climate and photography. If you truly love the nature, this is the right place. The place is remarkable due to its picturesque beauty and cool breeze. A visit to Nashik could not be completed without Brahmagiri Hill..