It is believed that History of anything is always interesting and important because it helps us to understand the past and present and also enables us to study and see the changes over time. Nashik has a perfect combination of History, Mythology, Culture and Social values.

The history of Nashik is quite absorbing where we see the changes in this city from early Stone Age to the Stills. It is said that the territory of Nashik was found in the Early Stone Age, at the time of Archaeological Excavations and from there Nashik started its journey. 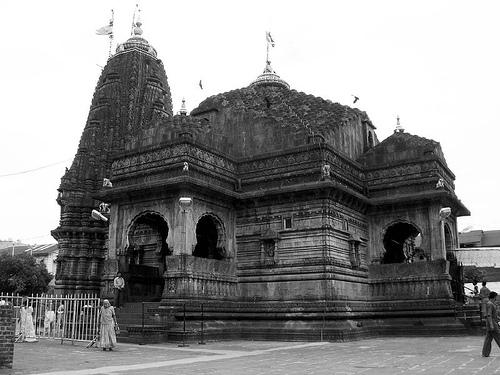 It is stated that Nashik had come into existence when Lord Rama along with his wife Sita and Brother Laxman visited Nashik at the time of their “Vanwasa”. During that time, Laxman fought with “Shurpanakha” and cut her nose (“Nashik” in Sanskrit) because she was behaving rudely with Sita and hence the city got its first name Nashik. After that Nashik got many chances to get more names. One from Lord Brahmadeva “Padmaasana” for some time and Second from Lord Vishnu “Tri-Kantak”.

Coming close to the historical times, we find that all territories came under the Ashoka’s Mighty Empire. During that era, the city became very prosperous and beautiful.

During the rule of Peshwas in 1751, Gulshanabad finally regained its original name Nashik. Raghobadada and Anandibai had lived here in the later part of their life.

On April 19, 1818 Nasik was captured by Britishers. They fell in love with the beauty of Nashik and developed it. One of the best developments done in Nashik was Golf Course which is now one of the largest in Asia.

Later Nashik was made a fully fledged district and once again the people in city enjoyed peace and prosperity. It was the time when Nashik was developing and growing continuously and people enjoyed the beauty of place.

During the Freedom struggle of 1857, Nashik had to face many disturbances and problems but at last the struggle ended by 1860 and it once again enjoyed peace and beauty.

Major events in the History of Nashik

Nashik has become one of the famous places of the World and is surrounded by famous Nine Hills and lakes which add diamonds to its beauty. It is the best place which is continuously developing whether in the field of Industry to the Agriculture, Railways to the Tram, Tourism to the Theaters and Economy to the Sports Complexes. It is also renowned for Tourism, Investment and Education. So plan your trip to Nashik and enjoy its beauty with your family, friends and relatives.