Indian people are incredibly religious by nature. Devotees move from one place to another for seeking God’s blessing. Several pilgrimages sites are scattered in Eastern, Western, Southern, Northern and North-eastern regions of the country. Nashik in the state of Maharashtra is one of the sacred places of worship for Hindus. The place is popular all over the world for its history and heritage. The city of Nashik is one of the official places for KUMBH MELA which is celebrated once after every 12 years. Numerous sadhus (ascetic), devotees and tourists gather here to celebrate the mela in a traditional manner.

Kumbh mela – at a glance 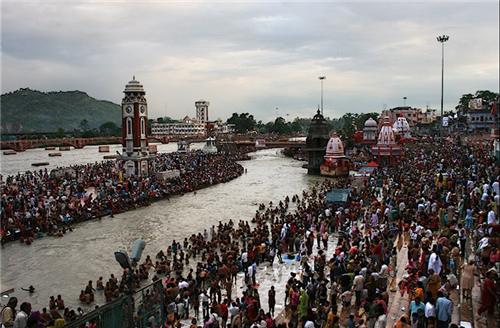 Kumbh Mela is one of the biggest festivals of Hindus, where thousands of people gather together to take a bath in the sacred river. It is the biggest peaceful gathering in the entire world. The festival is celebrated every 12th Year in four different regions of the world namely Allahbad, Haridwar, Ujjain and Nashik. Kumbh Mela in Nashik is celebrated on the banks of river Godavari.

Kumbh Mela is a Sanskrit word which meant Kumbh = A Pitvher and Mela = Fair. The festival is celebrated depending upon the position of the planet jupiter (B?haspati) and the SUN.

Ardh kumbh mela is a half Kumbh Mela which is celebrated after every 6 years. According to the source of information, more than 80 million people from different places attend this mela.

Legend associated with the festival

According to Hindu Mythology, people believed that in earlier times during the waging war between the demons and gods for the ownership of elixir of eternal life, some drops of it had dropped on to four different regions of the earth and that are today named as Nashik Nashik, Haridwar, Ujjain and Prayag.

Kumb Mela 2015, Nashik is the upcoming Kumbh Mela. Trimbakeshwaris the official location of the mela and it is situated at a distance of around 38 Kilometres from Nashik. Trimbakeshwar is one of the religious sites in India where one of the 12 Jyotirlingas of Lord Shiva is located. Important dates and the events are listed below:

Activities during the mela are;

National devotees or travellers and international tourists can book packages of their choice to witness the world’s largest peaceful gathering festival in advance. The host city Nashik provides best accommodations in and around the mela location. These accommodations are available at reasonable rates and provide excellent modern amenities.

To take part in Kumb Mela 2015, it is always better to book in advance to be free from certain inconvenience.