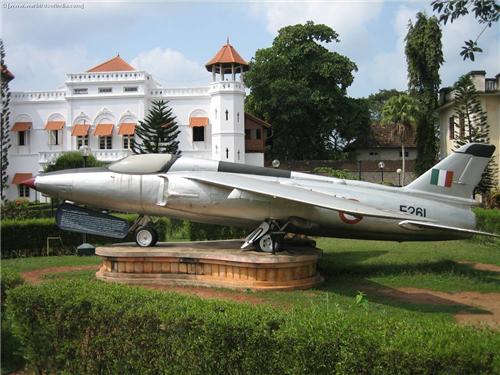 The Science museum in Nashik is a complete enchantment for science lovers as well as an extraordinary option for science enthusiasts. Mr. Prabhakar V. Deshpande is the soul person who is behind this venture and is situated in the MIDC range of Ambad in Nashik. It is notable that that Mr. Despande permits anybody and everybody to come and study in this museum, though it is a private property. The Science Museum in Nashik showcases a few miracles of science and different displays. The Nashik Darshan Bus has also incorporated this wonder in their every day trip.

Attractions of Science Museum in Nashik

Science museum in Nashik was built in the year 2001, which was acting as a social educational platform for giving information to students, teachers and parents. There you can see a various exposures about Earth like the points of major earthquake inclined zones and areas. Also you can enjoy the liberty of viewing various Aircraft displays to learn the history of aviation business utilizing 18 models, detailed show of the Aircraft Carrier and wonders of engineering.

You will also come across some entrancing science models which will upraise your brain such as amusing mirrors, India's population clock, Jacob ladder and a lot of other interesting creations. The science museum is so amazing and is mostly crowded with the tourists as well as locals. This is an apt place, if you want to enrich your knowledge about science. Visiting the Science Museum is a very worth experience everyone should enjoy in Nashik.

How To Reach Science Museum in Nashik

To reach the science museum, you can either hire a taxi or pick a bus from the railway station road. This magnificent science museum should be included in your trip to Nashik. Also you can get into Nashik Darshan Buses, which are available consistently and takes you to the various popular and explorer spots of Nashik. So whenever you need to study the wonders of science and enhance your insight the science museum of Nashik is the spot to be.